One of my favorite examples of the “noisy not” comes from a website of one of my favorite authors: Tony Hawks. As it happens, his name is quite similar to the skateboarder Tony Hawk and as such, he gets a great deal of fan mail about skateboarding. To make matters worse, the skater Tony Hawk has created a franchise, almost every product of which is presented with the possessive e.g. “Tony Hawke’s Proving ground” a game for playstation, which explains why it is that someone may not notice the difference between Tony Hawke’s and Tony Howkes if one were doing a “google search” for a means to connect with one’s favorite skateboarder.
This confusion explains some strikingly unexpected deictics which greet you immediately upon landing on Tony Hawks (the author’s) official website, including a graphic of a post-it note with an arrow indicating “me” and a Polaroid picture with the label “Hello skate fans” 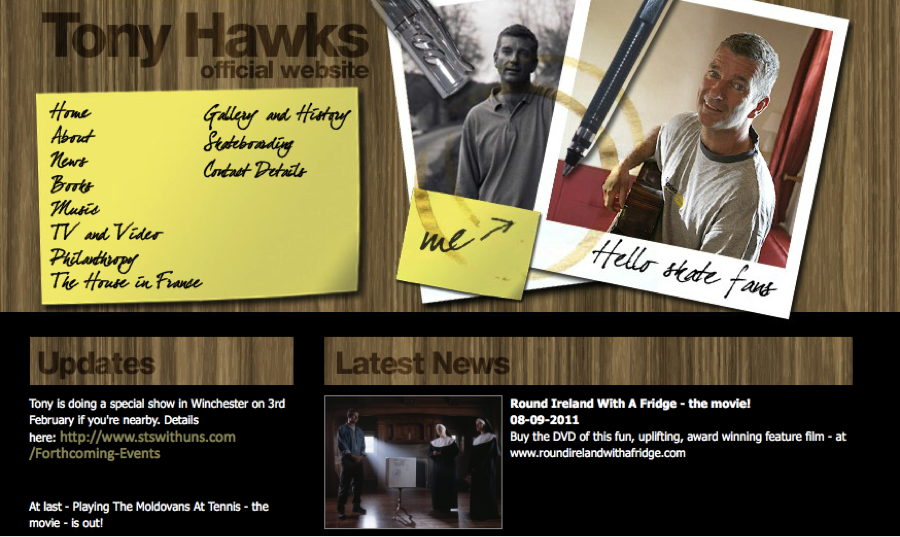 That Tony Hawks is a comedian becomes apparent when you click on the “skateboarding” link, where he bemoans the confusion between Tony Hawks the “startlingly good looking British male model” (joke), and Tony Hawk an “American whiz kid skateboarding champion,” going on then to present some of the ludicrous fan mail which he receives (apparently intended for Tony Hawk), to which he obligingly responds for the merriment of his fans.

This is a humorous example, but a quick glance at any website will yield compelling information not only about who they ARE, but who they are NOT which is likely to be illuminating to the jobseeker for myriad reasons.